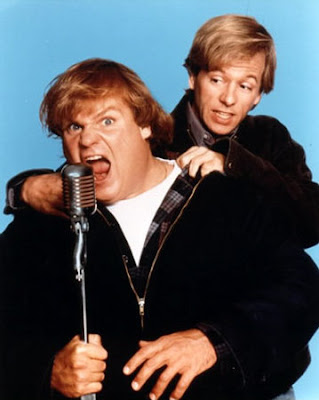 Technically this wasn't a request. But his holiness Pabst B asked about these dudes, so I thought I'd take the time to write about The FARLEY OVERDOSE.

These party animals live in Reno NV and play some top notch hardcore with tons of metal and rock added in for good measure. Imagine if you will if after C.O.C. released "Animosity", they convinced Kerry King from SLAYER to join the band and use the material he was writing for "Reign In Blood", but during practice they all got super stoned and tried to play THIN LIZZY and BLACK SABBATH songs as fast as they could, between pounding pint glasses of whiskey. That's about what The FARLEY OVERDOSE sounds like to me.
If they're on tour, smoke them out, get them some booze, and watch them go apeshit. I'm serious. Live the band is beyond words! Rock Cocaine Records is going to release an LP later NEXT MONTH.

If you're not into it then you're probably pretty lame at partying.

PRE-ORDER THEIR NEW ALBUM HERE:
http://thefarleyoverdose.bigcartel.com/product/follow-the-cult
Posted by ApocalypseWestCoast at 9:42 AM