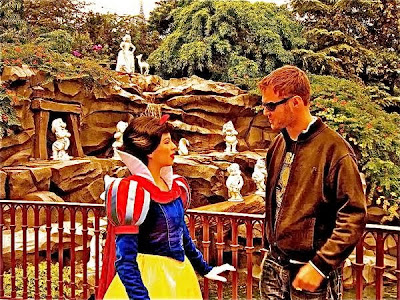 The mastermind behind the band VVEGAS (know as T) also had a chance to get misrepresented by Terrorizer Magazine. Here are his original uncut statements.

VVEGAS: The ideas have always been there in various incarnations, shapes and forms. There is no "style" per se. We don't desire to prove anything. Ethical sympathies are an unpardonable mannerism. Opposition means being in accord with oneself. The main tenet is individualism - at any cost.

Terrorizer: ‘HT’ was often associated with internal anger and apocalyptic imagery. Looking back at the 90s, from where do you think these feelings spawned? Was it the same place thrash bands who were singing about alienation and impending nuclear holocaust, but presented in a much more nefarious and prickly manner?

VVEGAS: The difference is that we are embracing developments such as the implications of the era when the iron curtain spawned lyrical content.

VVEGAS: Nihilism is about of the rejection of all principles. We believe in love. It's our only weapon. Our lie is an ally of truth. The slate needs to be wiped clean once and for all.

Terrorizer: Where did the name “HT” originate? Some say it was Dwid’s label, others claim it was Brian from Catharsis and his ‘zine Inside Front. I, personally, don’t remember and don’t the term being that widely used as a genre describer. Was it?

VVEGAS: I think that is was first used by Brian Dingledine in 1993 in a "journalistic" attempt to describe the musical sound and lyrical content for bands combining musical terrorism with religious imagery. I am not sure if VEGAS could be categorized according to that cookie-cutter formula. What I know is that Jack Abernathy fell in love with the label. With Dwid having always been interested in Abernathy's creations them teaming up was a logical step. Stemming from a completely different and more sinister background, it became Jack's pet peeve and he made it a branch of his movement, placing Dwid at the helm. It was strange seeing Jack reverberating through him. It was Jack's idea to use the name to distract attention from the other things he had going on at the time. While he did not openly discuss it, I guess it was a necessary move to branch out into other spheres as an earlier incarnation of his movement created too much heat and needed to lay low. A few years after, he took a leap back into mainstream culture but I am not at liberty to discuss further details.

VVEGAS: The magnetic pull of Lake Eerie and the bad water.

Terrorizer: In descriptions, I’ve seen ‘HT’ described as one of the original permutations of metalcore in the sense that it combined metal and hardcore influences and did it in a way that differed from crossover. Agree/disagree?

VVEGAS: It's been described in many ways yet we are not concerned with labels and descriptions. Its manifestion via aggressive music, as with Vegas, is just one incarnation consisting in the perfect use of an imperfect medium. There are no limitations, neither musically nor philosophically.

VVEGAS: It's funny that you mention "H8000" as we've had a meeting with Abernathy a couple of years ago in exactly the area that the Belgian "8000" zipcode refers to. He rented a windowless apartment for the occasion, that we aptly named "the bunker", and it served its purpose well.

Terrorizer: ‘HT’ appears to not just be a loose quip designed to describe music, but an entire aesthetic involving a certain lyrical style and artwork, which often made use of original paintings/artwork from the 1700’s and 1800s. Once again, agree/disagree? And was this all-encompassing aesthetic what kept the sound/scene from gaining ground in terms of popularity and also limiting the number of bandwagon bands?

VVEGAS: Aestheticism and the transport of purposes is an oxymoron. It is as it is. Gaining popularity was never an agenda.

Terrorizer: This is kind of related to the question above, but…. Why do you feel ‘HT’ as a sub-genre never became a household name and/or never took off; not necessarily of popularity, but of more bands openly referring to themselves as such? Was it a matter of terminology; like the term metalcore was a bit easier on the brain, but then ended up taking on a totally different meaning?

VVEGAS: The labels people attach to it might change yet the ideas are eternal, no matter how low you tune your guitar.

Terrorizer: To what do you attribute the slight resurgence that we’ve seen in the use of the term ‘HT’ with respect to re-issued records and the bands playing the style?

VVEGAS: As stated before, the main ideas are what could be referred to as atavistic instincts. It felt natural to incorporate them into our alchemy. Rather than a renaissance it's more like new people are being exposed to them now.

Terrorizer: Who are some of the more recent bands that have popped up that you feel faithfully capture the spirit and sound of ‘HT’?

Posted by ApocalypseWestCoast at 2:38 PM