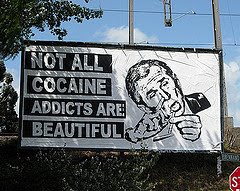 HOT PURSUIT were a bunch of fuckers from Orange, and Santa Ana, that didn't give a shit about wasting time. The 7 song demo your about to hear is just under 5 and a half minutes long. The production of the demo is raw and fucking hash sounding, and was recorded live on a 4 track in one take. The disc's themselves were spray paint stenciled grey, red, white, and blue one night at the Santa Ana loft where everything else was done. In the spirit of not wasting time they all realized that HOT PURSUIT was too good to play 4 minute shows anymore and they broke up. In 2006 they decided to get back together, but like the saying goes, "good things never last". I guess they were in a hurry to break my heart and not play or record anything else. Don't waste anytime download this and get ready to hear some hardcore.